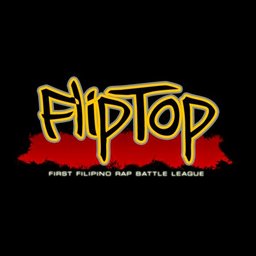 FlipTop Rap Battle League (Fliptop for short) is the first and largest running professional rap battle conference in the Philippines founded by Alaric Riam Yuson (known as Anygma) in 2010. The league promotes Pinoy hip hop. FlipTop is heavily influenced by the original rap battle leagues in the West founded in 2008 – Grind Time Now (US), King of the Dot (Canada) and Don't Flop (UK), which inspired the creation of FlipTop and other battle leagues around the world. The league also branched out into several divisions after its success. The league is currently under management of a self-produced events and artist management company, FlipTop Kru Corp which was established also by Yuson.