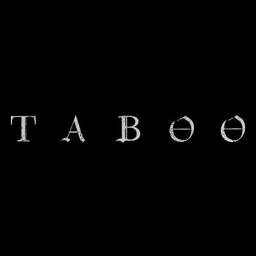 Taboo is a British television drama programme produced by Scott Free London and Hardy Son & Baker for BBC One and FX. The show premiered on BBC One in the United Kingdom on 7 January 2017, followed by the United States premiere on FX on 10 January 2017. The programme was renewed for a second series in March 2017.

It was created by Steven Knight, Tom Hardy, and his father, Edward "Chips" Hardy, and is based on a story written by Tom and Chips Hardy. The eight-part series, set in 1814, begins with James Delaney (Tom Hardy) returning to England after twelve years in Africa with fourteen stolen diamonds, following the death of his father and as the war with the United States is nearing its end.